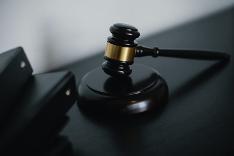 The Council had applied for an interim injunction after learning that the Rose and Crown Hotel in Wisbech Market Place was being used by Serco, on behalf of the Home Office, to accommodate people seeking asylum.

Fenland District Council Leader, Cllr Chris Boden, said: "We are obviously disappointed that we were unsuccessful in securing an interim injunction to stop the use of a local hotel as a hostel by accommodating asylum seekers.

"We remain deeply concerned about the housing of asylum seekers there, as there has been no consideration of the potential risks these vulnerable people will be facing or the significant amount of support they will need."

Cllr Steve Tierney, District Councillor for Medworth, Wisbech, said:""We learnt of the Rose and Crown's closure on 4th November and contacted SERCO who confirmed our concerns, asylum seekers were to be placed. We immediately took legal action and proceedings began. Sadly SERCO placed some Asylum Seekers into the hotel that evening and 21 individuals are currently in residence. We had hoped the injunction today would have made SERCO find alternative accommodation but the judge ruled otherwise.

"On a more positive note, we believe we have had some success. During the Court case it was included in the Council's court papers that SERCO had previously stated that no asylum seekers would be placed in Wisbech under the much larger long term Asylum Dispersal Scheme. As far as we know, Wisbech will be the only town in the country to receive that assurance.  So while we are extremely disappointed in the outcome, we have fought it as best we are able and have, at least, been given that assurance."

Cllr Samantha Hoy, the Council's Cabinet Member for Housing, added: "We believe we had a strong case to take to court. Our case was materially different to that of other councils who had previously been unsuccessful. Other Councils had a month's notice, and we received no notice at all.

"Furthermore, we know, and SERCO had already recognised, that Wisbech is an inappropriate place to house asylum seekers because of the exceptional and recognised problems in the area, including illegal gangmasters, human trafficking and modern-day slavery.  We were also concerned about the effect on availability of local services and potential issues of social cohesion.