Heartfelt tributes have been paid to "one-of-a-kind" former Whittlesey councillor Ralph Butcher who has passed away. 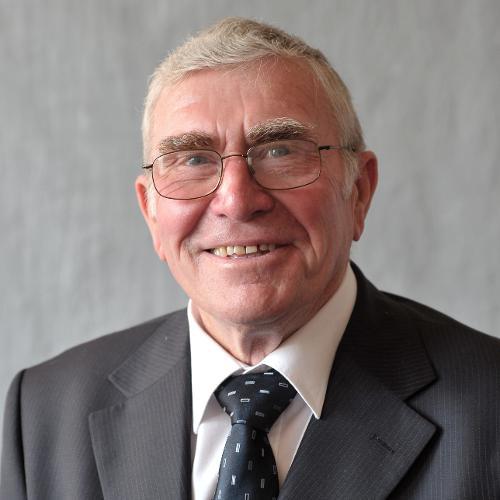 Flags have been lowered at Fenland District Council offices at Fenland Hall, March, as a mark of respect, and a minute's silence will be held in his memory at the Council's next Cabinet and Council meetings on Monday, 3 October.

Mr Butcher, who lived in Coates with his wife Pat, was first elected as a councillor in 1971, when talk of a crossing over King's Dyke was first mooted.

He served for many years on Fenland District Council, Cambridgeshire County Council and Whittlesey Town Council - where he earned the title of the town's longest serving councillor - before retiring from his roles in May 2019.

During his time at Fenland District Council, he was Chairman from May 2009 to May 2011, as well as Vice-Chairman, and Portfolio Holder for Rural Affairs and Wellbeing. He was also a member of various committees over the years including Cabinet, Planning, Corporate Governance, Overview and Scrutiny, and Licensing.

In February 2021, the £32million Kings Dyke Causeway rail crossing was officially renamed the 'Ralph Butcher Causeway' to reflect his continuous and tireless determination to get the bridge constructed. In September 2021, he was also presented with a certificate on behalf of Fenland District Council for the "significant and instrumental role" he played in securing delivery of the scheme.

Mr Butcher was also well-known locally for his coal and aggregate merchant business, T R Butcher & Son, which was formed by his father in 1954. Mr Butcher worked alongside his father after leaving school and took over the business some years later. The business was sold in 2008, leaving Mr Butcher to concentrate on his councillor roles on the three councils.

Paying tribute, the Chairman of Fenland District Council, Cllr Alex Miscandlon, said: "Before his retirement, Ralph was my fellow ward councillor for the Benwick, Coates and Eastrea ward. I was always so grateful for his support and guidance, and really valued his friendship and wise counsel.

"I was also delighted to present Ralph with the certificate for his role in instigating the Kings Dyke Crossing Scheme as it was fitting recognition of a man who always fought for the interests of local people and who gave over five decades to working in public life.

"He was a tenacious, hard-working and one-of-a-kind councillor who was determined to make Whittlesey, and the whole of Fenland, a better place for everyone."

Fenland District Council Leader, Cllr Chris Boden, added: "I was extremely saddened to learn of Ralph's passing. He was a truly committed public servant who made an outstanding contribution to the work of this council, and of Whittlesey Town and Cambridgeshire County councils too. He will be so very missed by all those who knew him, and I send my heartfelt condolences to his family at this sad time."