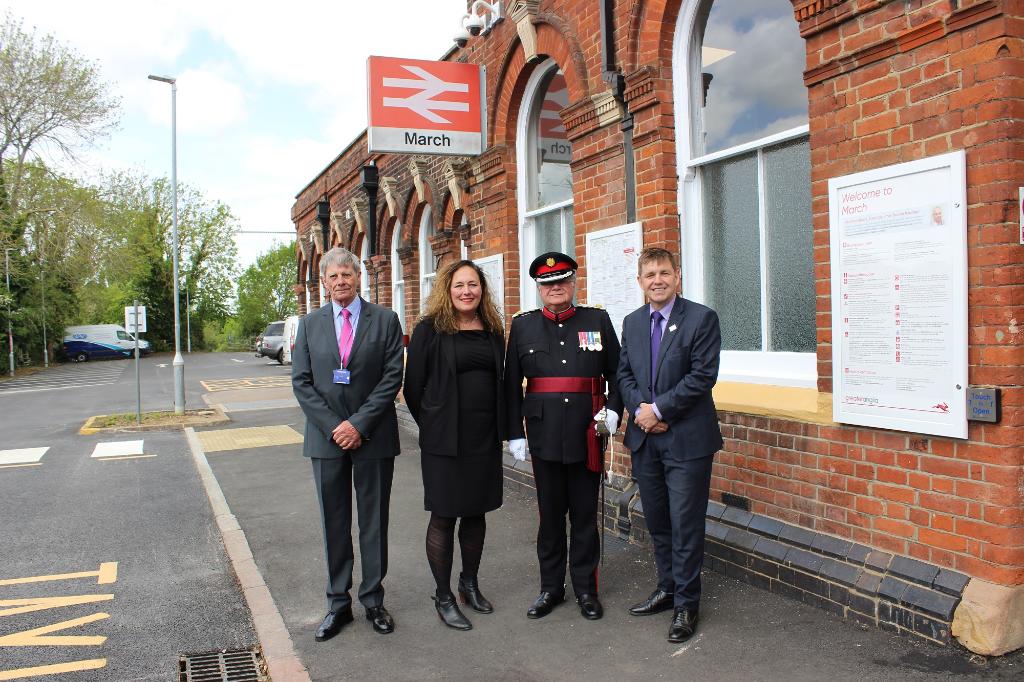 Over the last two years, Greater Anglia has redeveloped the entire station to create an open-plan ticket hall and waiting area, with accessible modern toilet facilities and retail outlets, and a bigger, upgraded car park.

The major redevelopment was delivered through Fenland District Council's Railway Station Masterplans project, with a £9.5million package of funding from the Cambridgeshire & Peterborough Combined Authority, chaired by Mayor Dr Nik Johnson, and support from Greater Anglia. 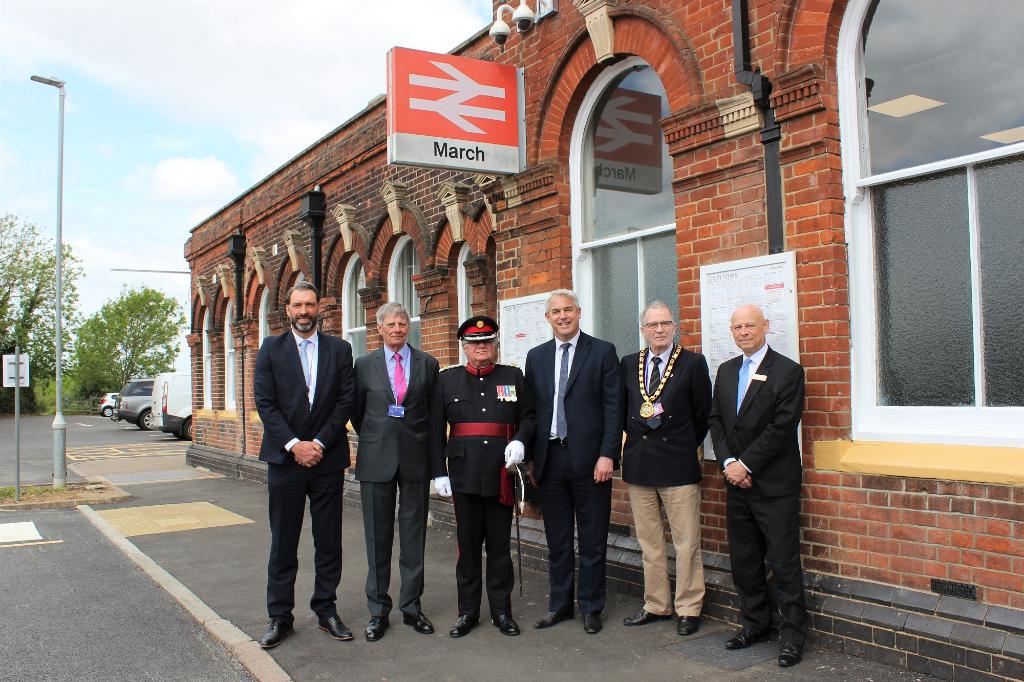 The Masterplans project is delivering improvements to passenger facilities at the three Fenland stations - Manea, March and Whittlesea - along the Ely to Peterborough Hereward Line, to improve connections between the Fenland towns and other regional centres of education and employment, creating an attractive alternative to the car for more sustainable journeys.

The station hit the headlines during the renovation when contractors carrying out the improvements unearthed an ancient ticket ledger from when the station first opened over 130 years ago.

The ledger, dated April 1885, contained hand-written entries of all the passenger luggage and parcels sent from the station, providing a unique record of daily life in the area in Victorian times. 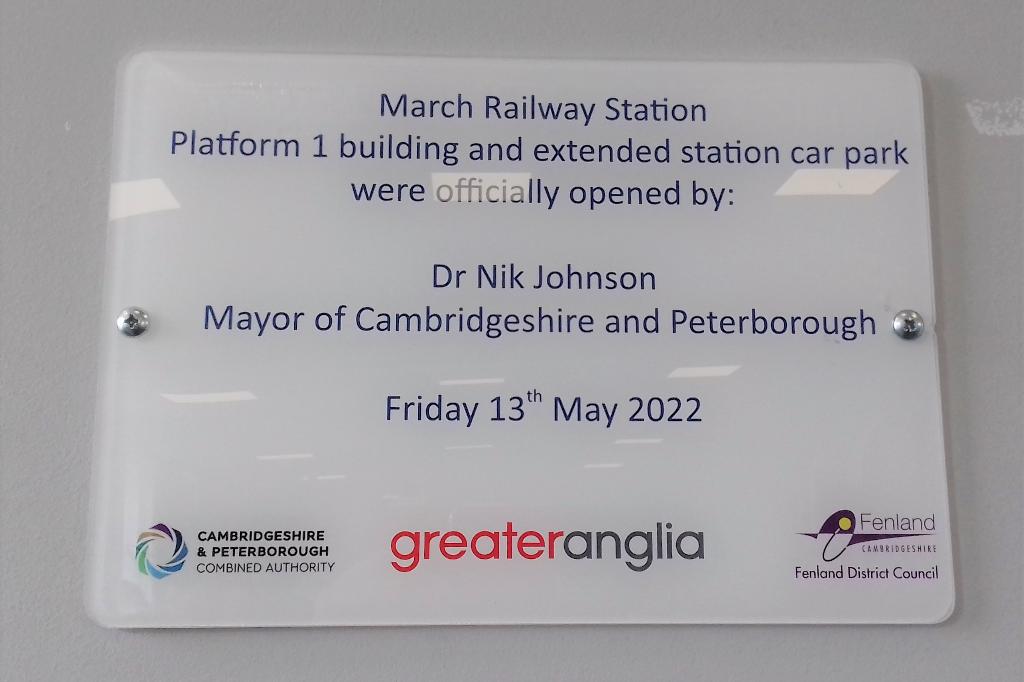 Unveiling a plaque to mark the official opening, Mayor Dr Nik Johnson said: "March has a rich railway history, steeped in the glory days of coal and steam. It's an honour to open this new chapter, where this station will be part of a greener revolution, helping people to use petrol and diesel cars less and trains, buses and bikes more."

"The Combined Authority has invested heavily in regenerating not just March station and the streets and public spaces of March itself, but also other railway stations in Fenland and across Cambridgeshire. It has this week launched a public consultation on transport plans for the whole county, to guide the delivery of a joined-up and people-centred transport network that is truly fit for purpose and fit for the public."

Cllr Chris Seaton added: "We are delighted that this major project to improve facilities at March station has now been completed to the benefit of passengers for many years to come. The delivery of the project would not have been possible without the support of the Mayor and his staff at the Combined Authority and Greater Anglia. It represents a great example of partnership working to improve an important asset for the community in March.

"We look forward to continuing to work with the community as March Station now moves forward in this latest phase of its development following a long history since 1847. Knowing the station is now fit for purpose and providing customers with the facilities they require for modern day railway journeys is what we set out to achieve."

Greater Anglia's Asset Management Director, Simone Bailey, said: "This has been a huge project which has involved taking the entire station right back to its bare structures and remodelling the layout to create a much-improved building fit for the needs of passengers in the 21st century.

"I would like to thank customers for their patience while this extensive renovation was carried out and also thank our team and our project partners for their help in transforming the station as we work together to encourage more sustainable journeys in the region."