Fenland District Council will hold a minute's silence at its next full Council meeting as a mark of respect to former parish and district councillor Cyril Bellamy. 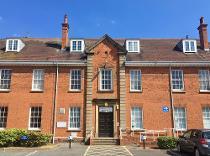 Mr Bellamy, who served as a councillor for 31 years, passed away at Lyncroft Nursing Home in Wisbech on Saturday 17 December the age of 88.

His family said he was a dedicated, hardworking councillor whose mantra was to always help others and his community.

Mr Bellamy first became a councillor in 1978 when he joined Parson Drove and Wisbech St Mary Parish Council, where he also served as Chairman from 1999 to 2005 and again from 2007 to 2009.

In 1999, he also joined Fenland District Council as a ward councillor for Parson Drove and Wisbech St Mary. During his time with the authority, he was also a member of the Licensing and Planning Committee.

Mr Bellamy, who stepped down from being a councillor in 2011, was also involved in a number of community groups over the years.

He started the boxing club in Parson Drove and was also instrumental in setting up the village's 200 Club. He also helped to create the existing playing field in the village after clubbing together with friends to buy a parcel of land for the purpose.

He was also a former member of Parson Drove Football Club committee and the Council's Golden Age Fair team.

A minute's silence in memory of Mr Bellamy will be held before Fenland District Council's next Council meeting on Monday 20th February 2023 to recognise his achievements and his time at the Council.