From litter heroes and green-fingered bloomers to stalwart friends and recycling champions, it was a night when Fenland District Council honoured the district's finest volunteers. 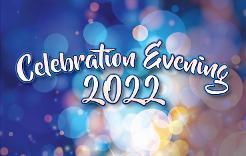 The Council's annual Celebration Evening returned in full force last week to recognise the continued efforts of Street Pride, In Bloom, Friends, and Getting It Sorted Recycling volunteer groups, and to say a big, well-deserved 'thank you'.

The Covid pandemic meant the event couldn't go ahead in 2020, and last year saw a more informal Welcome Back celebration held. But at the Braza Club in March on Thursday, 13 October, the Council brought together more than 80 volunteers to show its appreciation for their commitment and recognise all they've done over the last 12 months.

The evening included a welcome address from Cllr Peter Murphy, the Council's Portfolio Holder for the Environment, and an Awards Ceremony with the presentation of seven awards for the best projects over the year.

There was also a guest presentation from Helen Dye, of Natural Cambridgeshire, who spoke about the support on offer from the partnership and the potential of nature projects, and live music from 50s Rock 'n' Roll band, The Summertime Kings.

Cllr Murphy said: "It was an absolute pleasure to recognise the continued efforts of volunteers who give their time, energy, and enthusiasm to making Fenland a great place to live and work. Together, they strive hard to improve our environment, street scene, green spaces, and recycling across the district.

"The past two years were difficult for everyone; we were not able to get out and about as much as we were used to, and many group activities were put on hold for a while, but many volunteers continued to contribute and for that we are extremely grateful. The work carried out by you all continues to make a huge difference to Fenland."

Parson Drove Street Pride won the award for its ongoing hedge planting project which encourages local wildlife. The group secured external funding for the project and has demonstrated good partnership working in moving it forward.

Highly commended: Whittlesey In Bloom and Friends of Whittlesey Cemetery, for not letting bouts of vandalism deter their efforts, and tending to areas all year round, for all to enjoy.

The newly formed Friends of Octagon Graveyard won the award for their partnership efforts in restoring the graveyard at The Octagon Church of Wisbech, bringing an area of reflection and heritage back for visitors and the local community to enjoy.

Highly commended: March Street Pride/In Bloom, for taking advantage of Government 'Welcome Back' funding and working in partnership with Manea School of Gardening for guidance, to purchase new planters for March Market Place and replant the sensory garden at the front of March Library with perennials.

Chatteris In Bloom/Street Pride won the award for transforming a planted area of Huntingdon Road into a haven of peace, tranquility, and wildlife, with a cottage-garden feel, using 'Welcome Back' funding from the Government. The group's head gardener used expertise to encourage wildlife and ensure colourful planting all year round.

Highly commended: Tydd St Giles Street Pride, for making the village bright and colourful with more planters. There are now a total of 15 planters in the village and the group hopes to add more in the future when funds allow.

Highly commended: Friends of Ring's End Nature Reserve and Wisbech In Bloom. Both groups do a great deal to encourage the younger generation to get involved with improving their local environment.

Murrow Street Pride won the award for showing that Street Pride is also about socialising and involving the whole community. They organise a whole host of events throughout the year to promote themselves, including an extremely well-attended tea party in June to mark The Queen's Platinum Jubilee.

The Friends of March Railway Station also won the award for actively promoting the station and the work they do with various events for the public, including an open day and model railway exhibition in May and another in September to coincide with the national Heritage Open Days.

A project to install a tree seat, made from 100% recycled materials, as part of The Queen's Platinum Jubilee celebrations, scooped Benwick Street Pride/In Bloom this award. The project brought a piece of village history back to life and involved many members of the community.

Highly commended: Wimblington Street Pride, for installing eco-friendly herb planters which not only brighten up the village and use sustainable materials, but also encourage residents to use the herbs and raise awareness of 'growing your own'.

All four nominees in the Best Clean up award were announced as winners for their dedication and commitment to litter picking and maintaining floral projects throughout the year.