Preliminary designs for a once-in-a-generation transformation of March town centre have been revealed following council talks with market traders and local councillors. 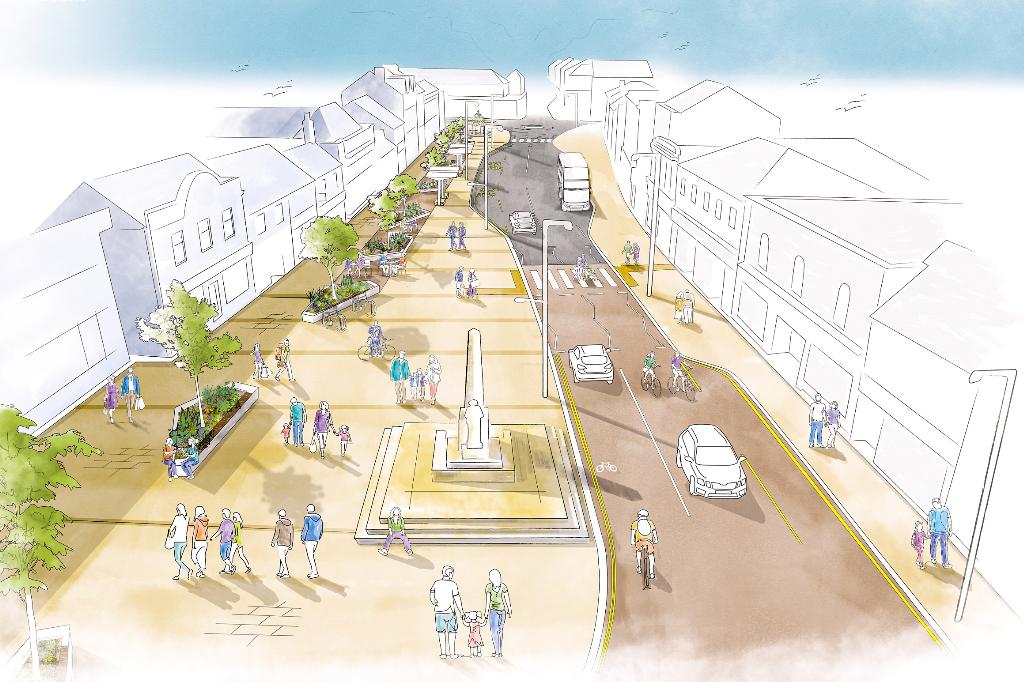 Fenland District Council has received a positive response to the designs that will regenerate Broad Street, the Market Place, and the riverside area after they were showcased with local businesses and March Town Council.

The plans, brought forward thanks to the £8.4million March Future High Streets Fund programme, will increase pedestrian space, reduce congestion and improve the flow of traffic through the town, and revitalise the whole area. 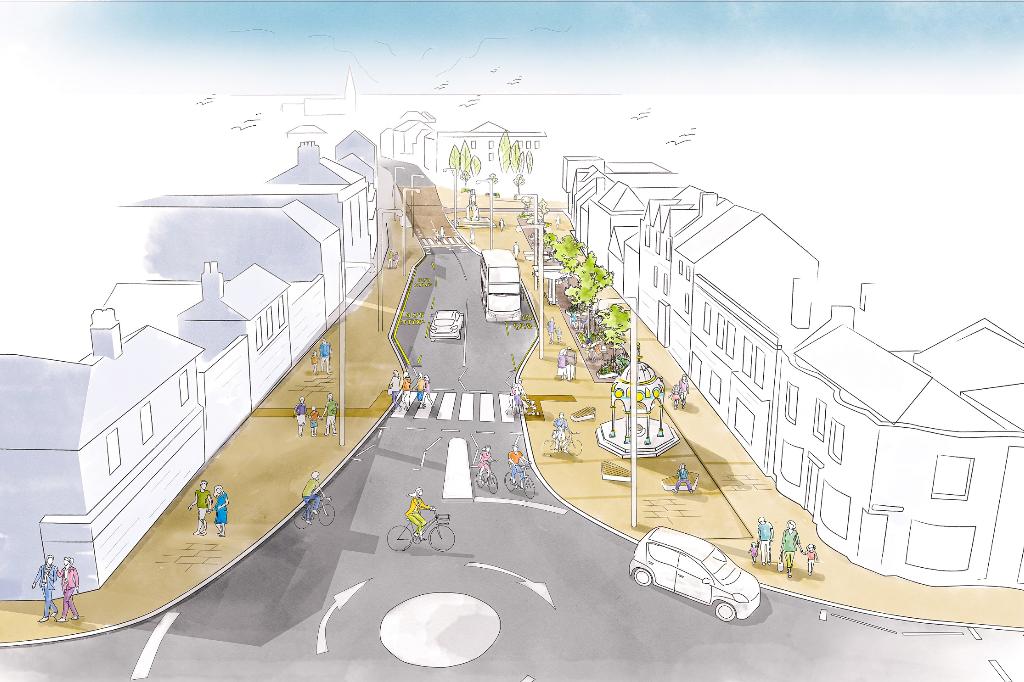 Cllr Chris Seaton, the Council's Portfolio Holder for Social Mobility and Heritage, said the proposed schemes have been well-received.

"Some concerns were raised, understandably, about the potential for around 12 months of disruption as works are carried out, but the consensus is that it will be worth it. Not only will these schemes address growing traffic issues, but they will also respond to the future needs of the high street and March as the town continues to grow."

The preliminary designs for Broad Street, Market Place and the riverside, and more information on all the regeneration schemes, is available on our March Future High Streets Fund webpages.

There is also a link on the webpages to a video that models the new Broad Street road layout using the UK standard VISSIM modelling, which simulates, in real-time, the effect of the new layout on traffic flow. The video shows how the new road scheme dramatically improves travel times and ensures a consistent flow of traffic through the town - easing congestion and reducing pollution from standing traffic.

Above: Artist's impression of the riverside regeneration

A pop-up information stand on the March Future High Streets Fund programme is also available in March Library until the end of July.

There will also be drop-in events at the Library for members of the public to come and learn more about the schemes and ask any questions they may have. The drop-in events will be held on the following dates: 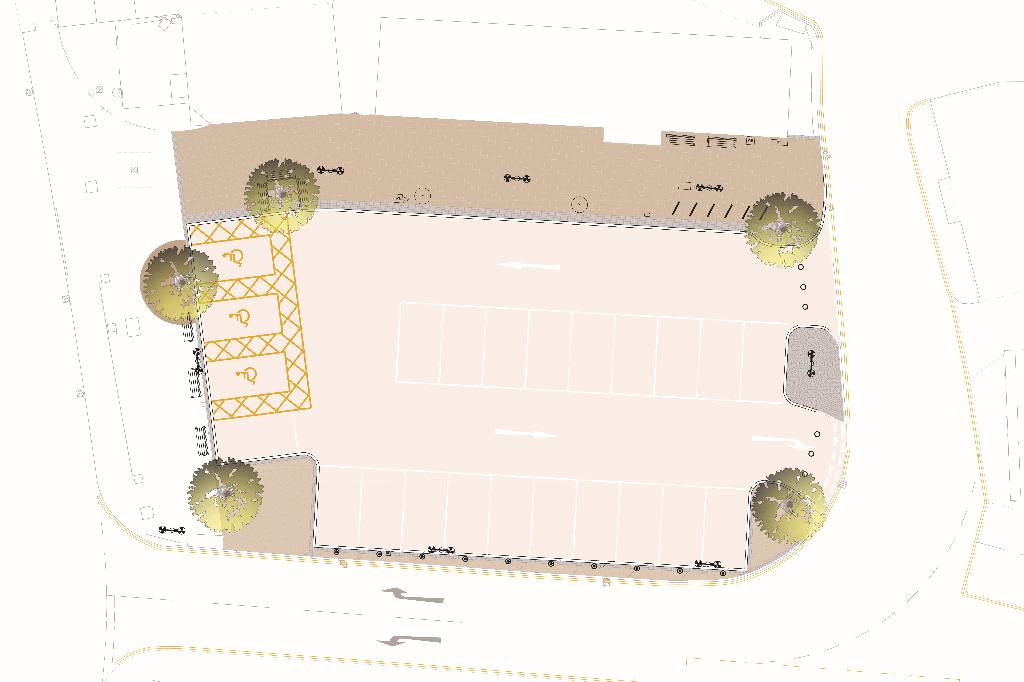 Detailed designs for the schemes will be released in the Autumn, with works due to begin on the Market Place scheme in January/February 2023 and the Broad Street and riverside schemes from March 2023.

Cllr Jan French, Deputy Leader of Fenland District Council and county, district, and town ward member for March, said: "As time goes by, the existing issues with traffic congestion and queues through the town centre will only get worse. There will be disruption as work gets underway, but care will be taken to look after traders and maintain access to shops throughout."

Cllr Kim French, Mayor of March, added: "It's important that residents are involved in the whole process, so I would urge them to attend one of the drop-in events at the Library to find out more and share their views on the proposals. It's vital that project managers receive feedback and views to ensure the right measures are delivered for the town and its people. This is a once-in-a-generation opportunity to make our town greener and more community-friendly, allowing people more public space to enjoy."