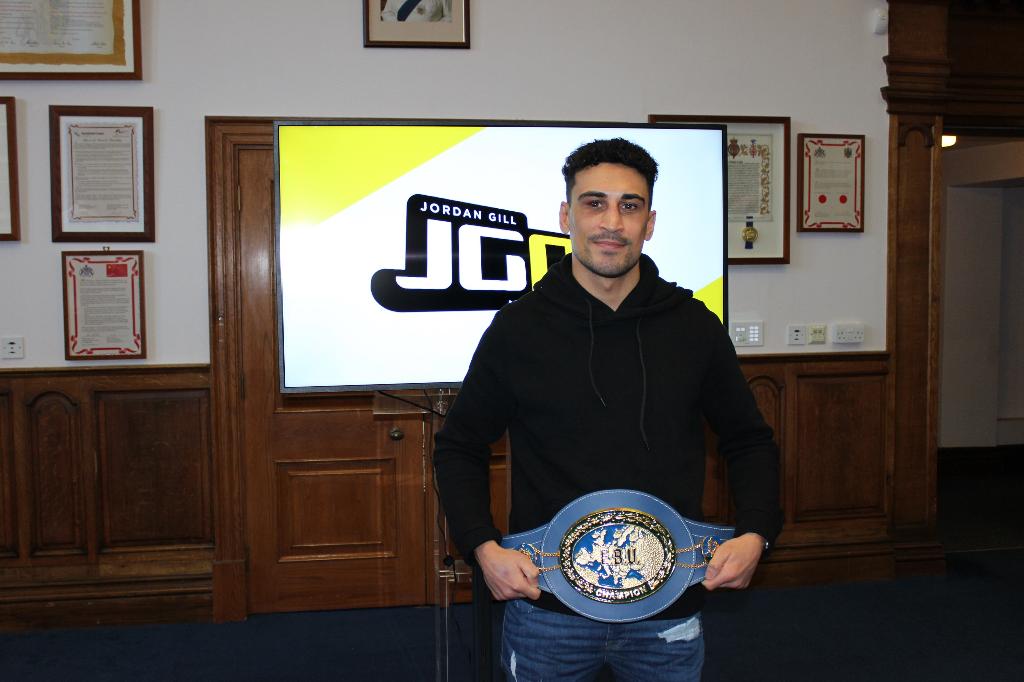 The Chatteris boxer, who sensationally knocked out former European champ Karim Guerfi in February to take home the belt, set up his Jordan Gill Next Generation foundation in 2019 to inspire, motivate and positively impact the next generation through boxing.

The not-for-profit venture is already delivering numerous sessions at schools and community centres across Fenland every week, led by Jordan's father and local boxing coach Paul Gill. But plans are in the pipeline to expand the project further so even more young people can benefit.

Partners, including Fenland District Council and Cambridgeshire County Council, are working with Jordan and the team to find a suitable venue in the district for a permanent Next Generation facility, where even more activities can be delivered.

"The foundation isn't just about boxing," said Jordan, who is also WBA International Featherweight Champion and has won 27 of 28 professional fights. "It's about building kids' self-esteem, building communication skills, playing games, teaching discipline and respect, building aspirations, and supporting them to follow their dreams," he said. "When I go into schools with my European belt, it makes it real for them; there's no reason why they can't do it too, and that's what it's all about."

"Our immediate goal is to get our own facility and we're working with Fenland District Council and partners to try and make that possible," he added. "We just feel like the sooner we can get a permanent base, the more opportunities we can offer. We want to make as big an impact as possible locally and I think we're on our way."

Paul Gill said the inspiration for setting up the foundation was about "values". Coaching for a boxing club when Jordan was younger, he would see children attend with low self-esteem and no friends develop and grow up into great members of society. "People would say 'wow, what a difference!' and their parents would say the same too," said Paul. "It's about instilling core values, family values and community values. Sport makes such an impact on people's lives, so if we can keep doing this then we hope the next generation will have even more sports stars."

Jordan added: "Growing up as part of the boxing club, I saw the effect boxing had in my life, how it gave me focus in and out of school, and the same with so many other kids and adults who came to the club. The positive impact that boxing had on people's lives was huge."

After meeting a fellow boxer who set up their own boxing foundation up in Doncaster, Jordan set about launching Next Generation in Fenland - and the rest is history.

"I knew it could make a difference in Fenland, he said. "Due to pandemic and all the restrictions that were in place, it's been tough and slow starter but feel like we're getting a good burn on now. We're making a positive impact and it's only going to get better."

Fenland District Council Leader, Cllr Chris Boden, said: "It's very apparent that the work Jordan and the Next Generation team are doing in Fenland is already having a huge impact on the lives of young people. Together with our partners, we are looking to support them wherever we can to help them go from strength to strength, including helping to find a permanent facility.

"In Fenland we do have areas that are more deprived, but this offer doesn't just help those that are more disadvantaged, it's something that all young people can benefit from. We all have a stake in investing in the next generation, and the Council looks forward to working with Jordan Gill Next Generation in the coming months and years ahead."