Four trees have been planted by Fenland District Council's Chairman to mark the authority's support for The Queen's Green Canopy - a nationwide tree-planting initiative created in tribute to The Queen's Platinum Jubilee.

People across the country - from individuals, groups, schools and communities to civic leaders and larger organisations and businesses - are being encouraged to plant trees as part of the project, just one of a number of national initiatives and events to celebrate Her Majesty's 70 years on the throne. 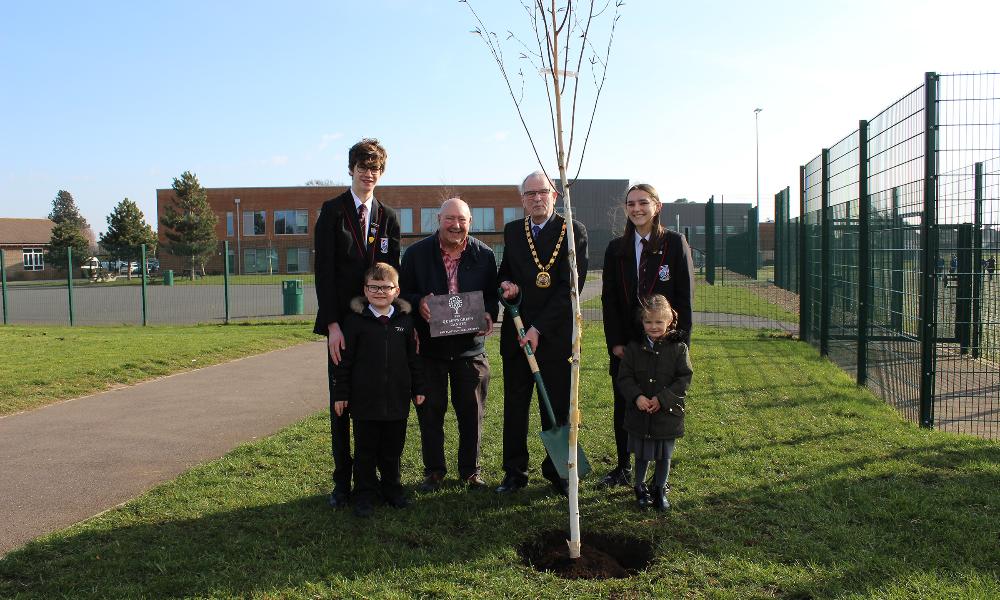 Cllr Miscandlon said: "The Queen's unwavering dedication to the nation has been an inspiration to us all, so I am delighted to plant these trees to mark her Platinum Jubilee and support The Queen's Green Canopy initiative on behalf of Fenland District Council.

"The Jubilee is an opportunity to think about how each of us will pay our own tribute. Planting a tree is a simple but enduring act that will provide habitat for wildlife and be enjoyed for years to come. I would encourage as many community groups, organisations and Fenland residents as possible to join us in celebration and plant a tree for the Jubilee."

Anyone wishing to get involved in The Queen's Green Canopy is encouraged to plant trees during the tree planting season, which runs until the end of March and starts again in October, to optimise the chance of trees surviving and flourishing.

Anyone planning on planting a tree can get advice from Fenland District Council's Parks and Open Spaces team by emailing parks&greenspaces@fenland.gov.uk

For more information, visit www.queensgreencanopy.org where there are tips on planting trees, how to order an official plaque and an interactive tool so that people can pin their tree on a national map.